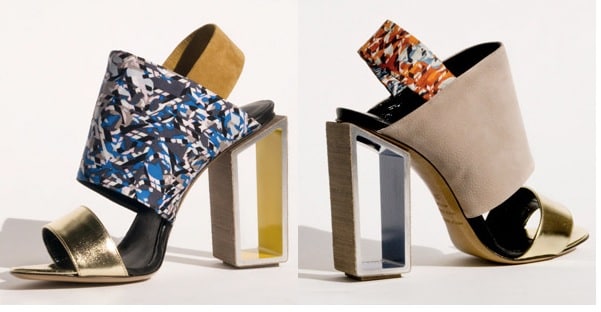 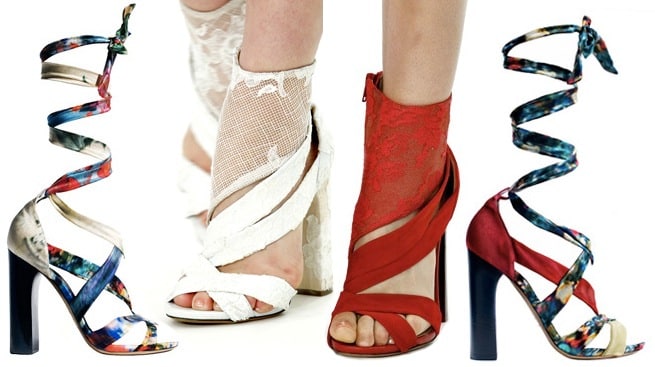 Two designs from this Spring 2011 collection are also for sale on the pop up online store available for 5 days directly from Kirkwood’s web site. 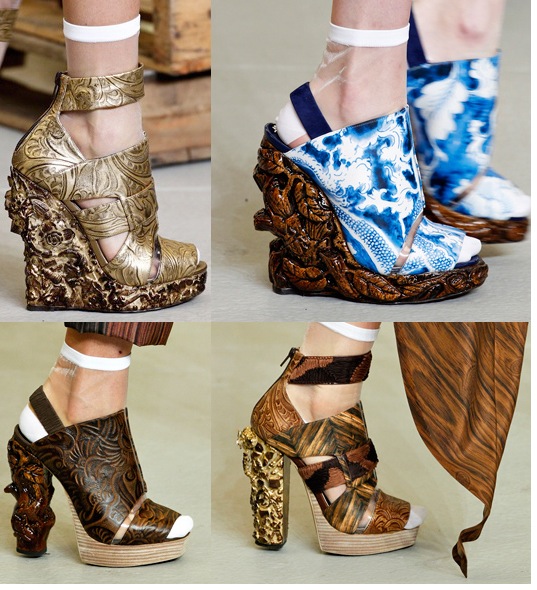 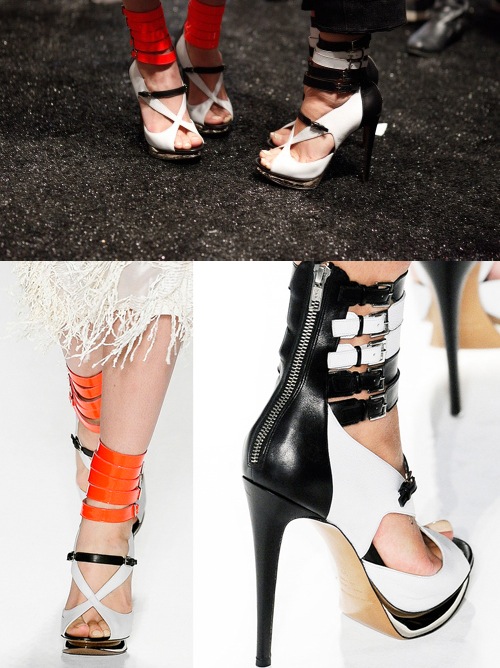 This was Nicholas Kirkwood’s first collection with Prabal Gurung. These striking stilettos complimented Prabal’s graphic collection. The designs feature mixed textures such as leather and latex in 5 bold color combinations in shades of black, white, sand and coral. The 5 latex straps that wrap around the ankle were influenced by African tribal necklaces. 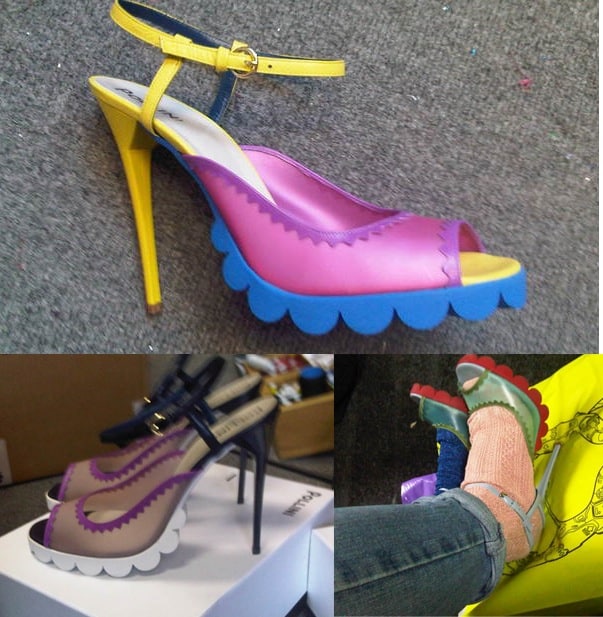 Nicholas Kirkwood was appointed creative director for Pollini and recently just launched the Pollini Forward Designer Project which collaborates with 5 designers. One of the collaborations was with designer Louise Gray. 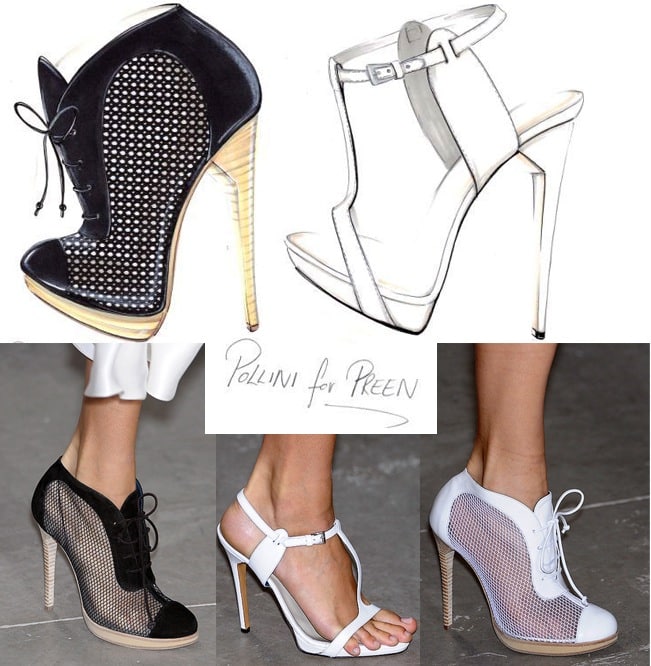 The Pollini and Preen collaboration was also apart of Kirkwood’s Pollini Forward Designer Project. Preen’s collection was inspired by a trip to Egypt and the shoes were delicate featuring minimalistic sandals and mesh booties.

Michael van de Ham’s spring 2011 collection was all about texture. Pollini’s use of leather and summery velvet for the shoes was a perfect compliment. The heels feature both leather and velvet with chunky laces tied in a large knot. 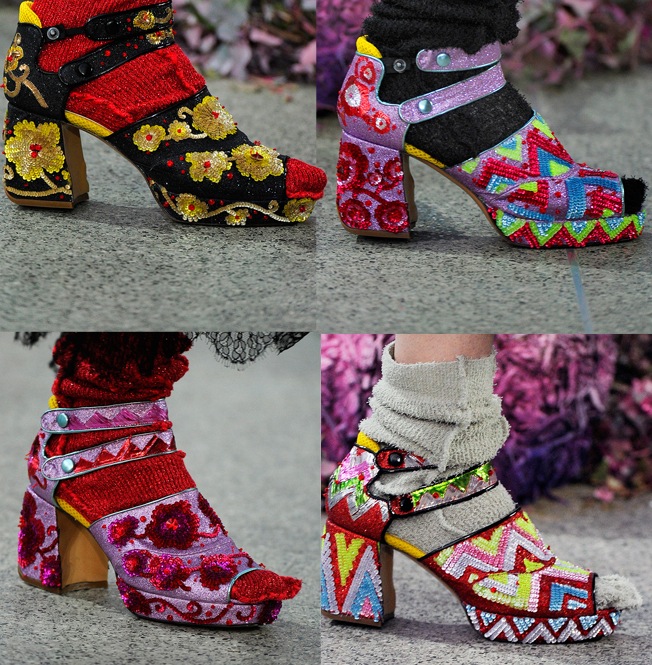 From the stage to the accessories and even the shoes – everything was embellished. The shoes were decorated with beading and sequins on top of a sparkled base with black or blue piping. The cutout sandals featured a small platform with chunk heel.