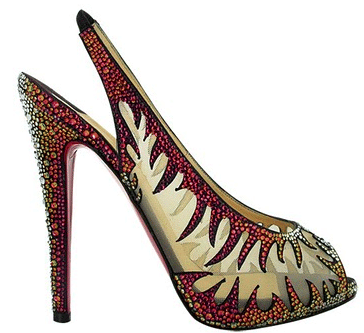 I love, love Christian Louboutin, but is this really the sexiest shoe of 2010? Apparently the “runners up” were designs from Giuseppe Zanotti, Dolce & Gabbana and Jimmy Choo – I would love to see all the styles in the running. After watching Kathie Lee’s blunt reaction on the Today Show about the winning shoe and seeing that currently on the Huffington Post’s poll, 50% of voters say the Maralena isn’t the sexiest, I still have mixed thoughts. What do you think is the sexiest shoe of 2010? 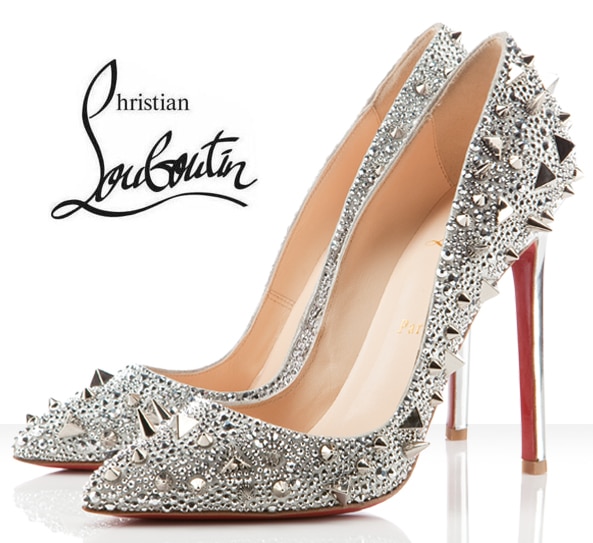 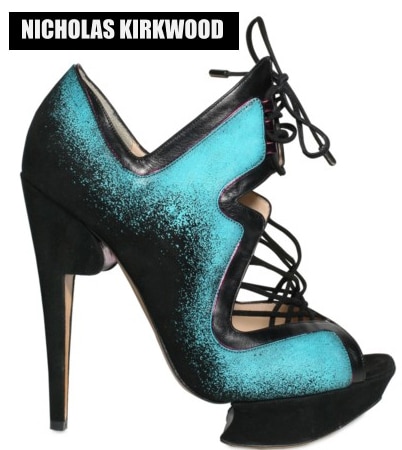 Nicholas Kirkwood‘s platform sandal from his fall 2010 collection; as seen on Sarah Jessica Parker. All of Kirkwood’s designs ooze sexiness! 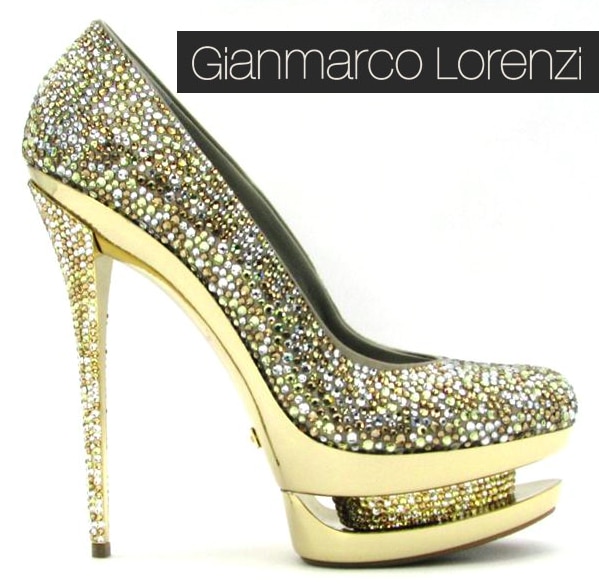 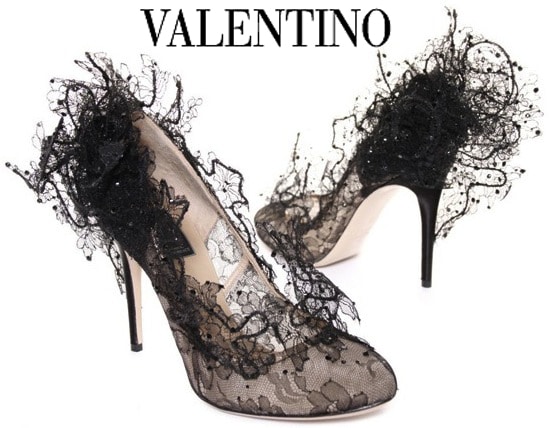 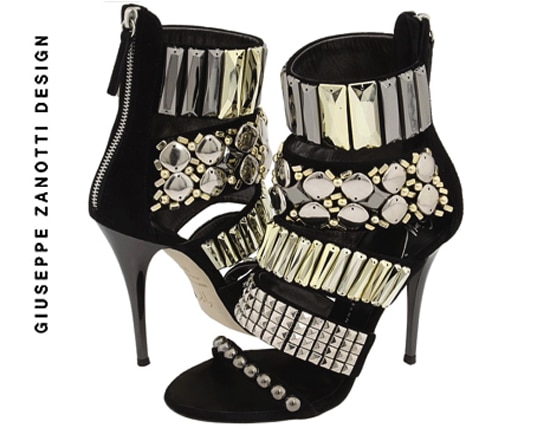 There are so many hot boots this year. I stuck to short boots/booties and somehow  finally narrowed it down to the top 5. 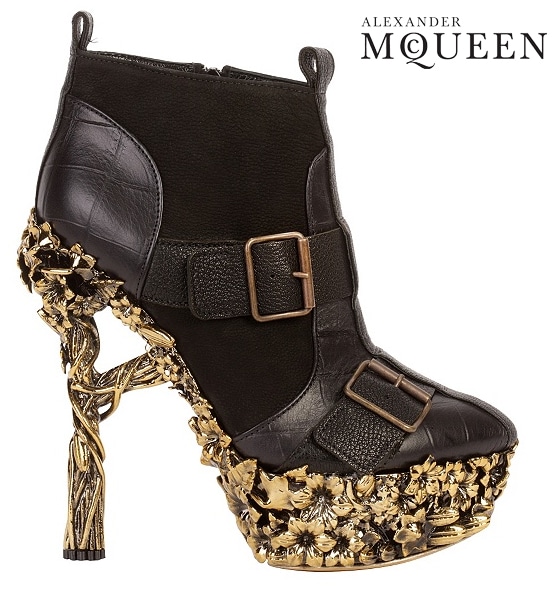 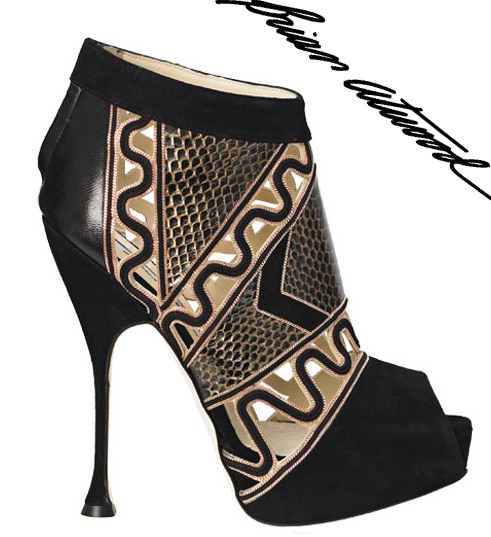 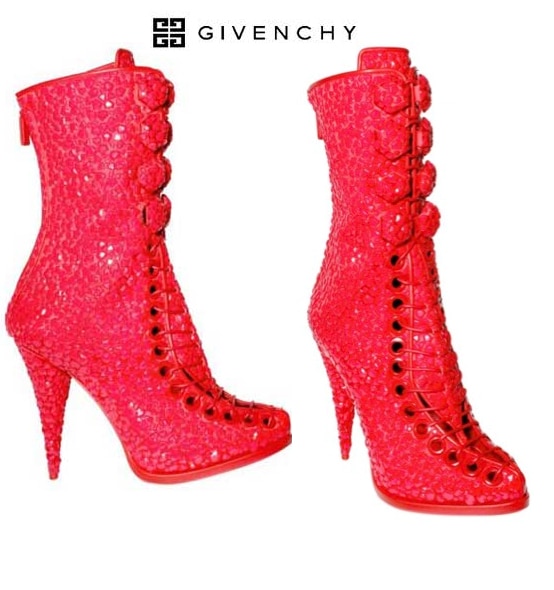 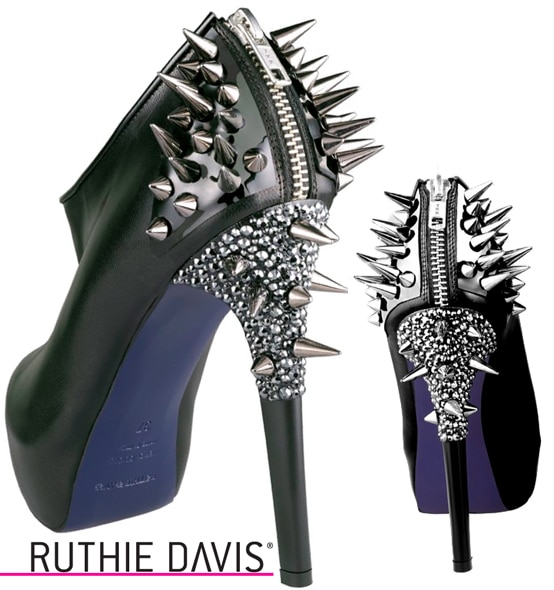 Ruthie Davis’ Spike boot from her fall collection. This boot was seen on Whitney Port and Katy Perry.

Everyone’s style & definition of sexy is different – what do you think is the sexiest heel & boot from 2010?