Love them or loathe them, you can’t deny the remarkable staying power and cross-cultural appeal of Crocs.

These unique reptile-inspired slip-ons have been giving footwear enthusiasts something to squabble about since they were first introduced two whole decades ago (feel old yet?).

Over the intervening years, hundreds of millions of Crocs have come off conveyor belts in a diversity of far-flung locales. Some of them are common manufacturing hubs for big-brand products. Others are more unexpected. All of them are far away from the shoe’s birthplace in the American west. 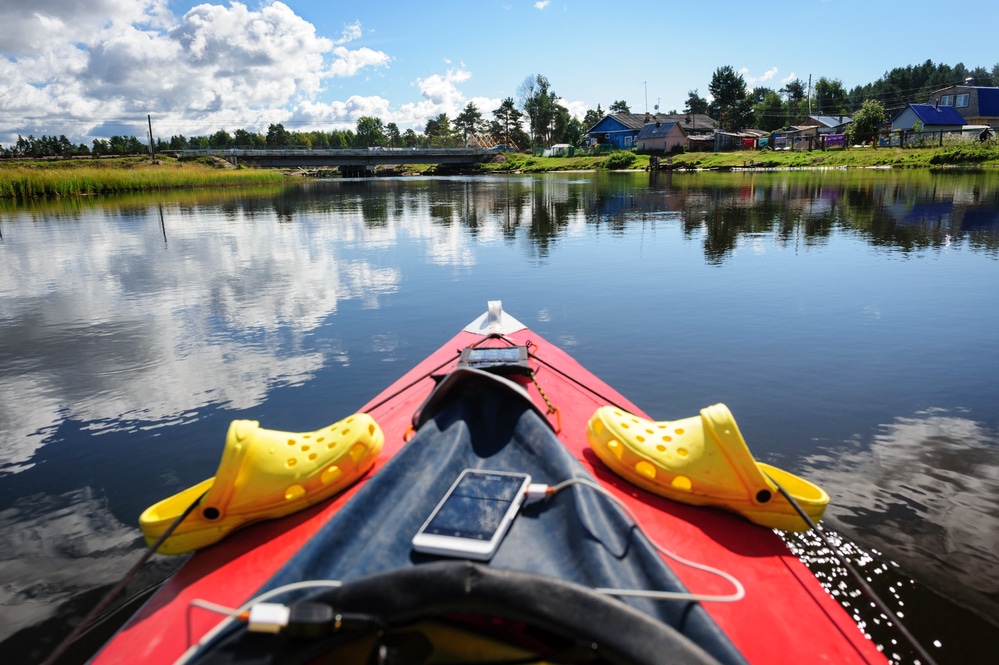 Where Were Crocs Invented?

Crocs, Inc., the company responsible for innovating the clunky, colorful, instantly recognizable clogs—and igniting one of the 21st century’s most controversial fashion trends in the process—was born in Niwot, Colorado in November 2002.

The brand’s founders, George B. Boedecker, Jr., Lyndon V. Hanson III, and Scott Seamans, had recently bought the rights to a design for an intriguing all-foam, non-slip clog from Canadian company Foam Creations. They would later secure an exclusive patent on the injection-molded EVA foam used to make them, which they dubbed Croslite™.

The three men were confident that their acquisition would help them take the boating shoe market by storm. But it didn’t take long for them to realize that they had the makings of a bona fide style craze on their hands, one with the potential to achieve far more widespread success.

By 2004, Crocs had begun to retool their marketing campaign, now advertising their foam foot nests as “breathable work shoes” in an attempt to reach a broader consumer base. It wasn’t long before the company went public, solidifying its reputation as a major up-and-comer in the highly competitive footwear industry.

Since then, they’ve gone on to add many other Croslite-based offerings to their catalog, including items like sandals, sneakers, boots, socks, and decorative charms designed to let Crocs wearers add personalized touches to their slip-ons.

Nowadays, Crocs are every bit the craze their creators predicted they would become. Both brand loyalists and first-time wearers swear by their comfortable, lightweight construction, casual appearance, and easy-on, easy-off fit. They wear just as well to the mailbox, the beach, the grocery store, campus, or a 12-hour shift at the ER.

No wonder they’ve been embraced so enthusiastically by so many.

Where Are Crocs Made Now?

The Crocs brand started out as a relatively small-scale enterprise with the modest goal of hocking boating shoes to water sports enthusiasts. As the popularity and market share of their golden goose continued to skyrocket, however, the company’s convention-defying owners decided it was time to ramp up production.

They, therefore, did what most companies do once they’ve gained enough momentum: moved their core operations overseas. Going global with their manufacturing process has allowed Crocs to minimize their overhead and maximize their bottom line.

Over the years, Crocs has maintained factories in quite a few international locations, including Vietnam, Indonesia, Romania, Bosnia-Herzegovina, and Argentina. However, the bulk of production has historically been carried out in Mexico, Italy, and China.

Most of the best-reviewed and longest-lasting Crocs purchased in the past couple of decades appear to have come from the former two countries. Alas, this is no longer the case.

In 2018, the Crocs corporation made the unprecedented move of shutting down the last of their remaining facilities in Mexico and Italy, apparently to further cut down on business costs and restructure their sales approach for the age of online shopping. That leaves China as the company’s primary site of production.

Read Also: Why Are Crocs So Comfortable

Some domestic customers have complained that Crocs originating from plants in other parts of the world (particularly those made in China) exhibit varying levels of quality, as well as inconsistencies in sizing and design.

One possible explanation for these deviations is that shoe sizes tend to differ by region. Another is that most of the clogs that don’t fit right or fall apart easily are fakes and, as such, aren’t subjected to the same rigorous quality control standards as genuine Crocs. However, this theory is relatively easy to prove or disprove, as we’ll demonstrate in subsequent sections.

Whatever the case may be, you might sense that something has changed if you were to compare a brand-new set of clogs to a pair made before 2018. As certain reviewers have noted, they may run a smidge big or small, or you may have support-related issues.

Are Any Crocs Made in America?

While it’s possible that the very first factories to crank out Crocs were in scenic Niwot, it’s difficult now to dig up authoritative info on the company’s manufacturing history.

Either way, there’s no evidence to suggest that any significant number of Crocs, even the earliest prototypes, have ever been made in America. One-hundred percent of the Crocs bought and sold in the US are foreign-made, as indicated by the “Made in _____” notice found on both the underside of the shoes themselves and the packaging materials that come with new models.

If you’re looking to support a brand that proudly produces their wares in the good ol’ U-S-of-A, you’ll want to look elsewhere, unfortunately.

How to Find Out Where Your Crocs Are Manufactured

The simplest way to determine which region put together a particular pair of Crocs is to give them a cursory inspection.

If you’ve got a pair of the clogs handy, turn them over and look at the center portion of the sole. Authentic Crocs, as mentioned, have their original manufacturing location etched into the bottom of each shoe, along with their size, the Crocs logo, and the URL for the company’s website.

Incidentally, these markings can also serve to help you confirm that your Crocs are the real deal and not cheap knock-offs. Alternatively, you can check the crocodile-green tag that comes attached to factory-fresh models.

US and EU-based brands like Crocs are required by law to indicate their products’ country of origin (COO) somewhere on the products themselves. On an ordinary pair of shoes or boots, you would find this information printed on the tiny label pasted onto the backside of the tongue.

Since Crocs don’t have tongues, the manufacturers have seen fit to include the COO declaration in a tag that ordinarily comes clipped to the left clog. It and its accompanying details should mirror the information molded into the soles of the shoes. If it doesn’t, you’ll know something is up.

Perhaps it’s fitting that Crocs are the result of international manufacturing efforts, seeing as how they’ve succeeded in bridging cultural, economic, and demographic gaps from the outset.

According to sales data, the company has sold some 720 million pairs of shoes worldwide since its founding. And their recent hot streak, ignited partly by the product’s adoption by countless trend-setting celebrities and fashion influencers, doesn’t look to be cooling soon.

In other words, there’s never been a better time to grab a pair and see for yourself what all the fuss is about—and maybe choose a side in the neverending style war surrounding their divisive yet undeniably iconic look.